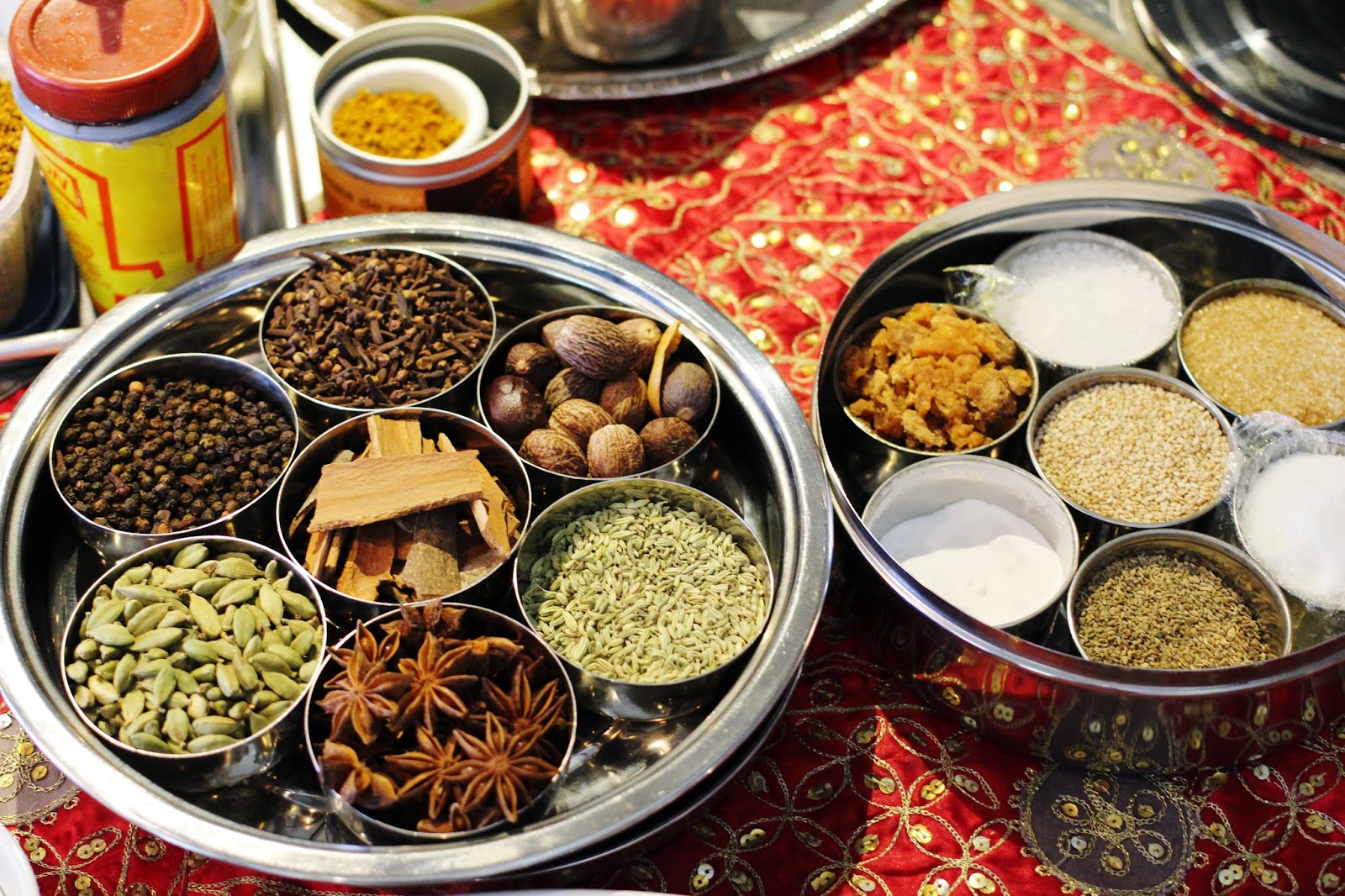 A little while ago, my Dad and I took a cooking class through Arvinda's Indian Cooking Classes and Nella Cucina in Toronto!

My dad loves to cook. He's definitely been my influence on learning to love food and the process of cooking, and Indian food is a shared favourite of ours. So this year for Christmas, I booked us in for a Daddy-Daughter Date Day where we could learn, cook and have fun, just the two of us.

My dad and I also share a love of terrible puns. Which is why when asked what it should say on the gift receipt, this is what I asked for: 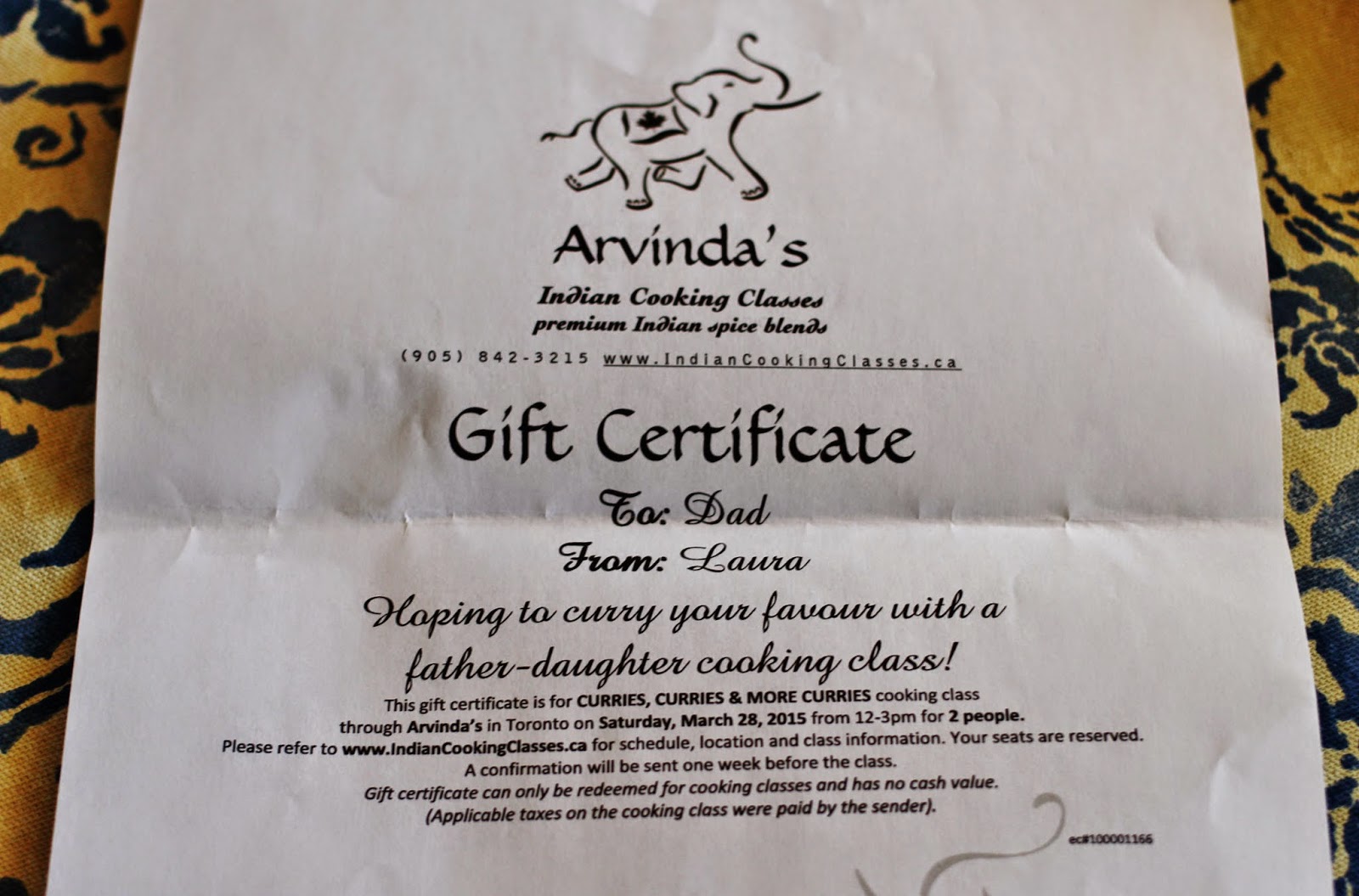 Before I delve into the class, I want to say that it was FANTASTIC. Arvinda and her daughter Preena did a fabulous job teaching and interacting, and were also very responsive via email when I was trying to decide which class would be best for us. They offer a number of classes both in studios, and also in home. Check out their website here.

Nella Cucina also deserves serious props. Their school-kitchen is gorgeous and they offer a bunch of great classes! If you live in the Toronto area and want to take a hands on cooking class, be sure to check them out. There's a list of all the classes here. 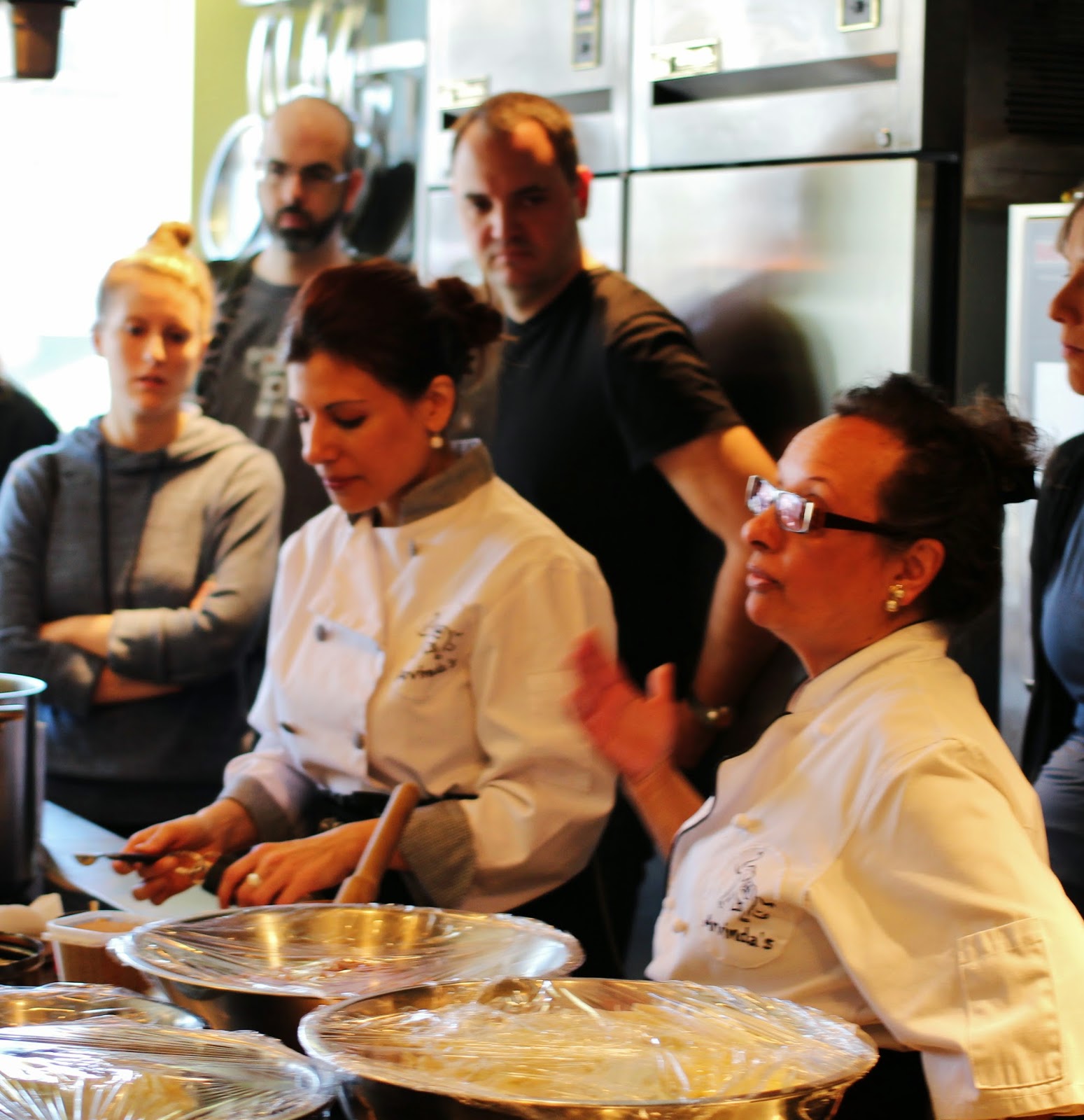 Arvinda and Preena started off by introducing the curries we were making (Madras, Chana Masala and Korma), and the different spices they use. They own their own spice company and used some of those, but also used fresh spices like cinnamon bark, star anise, cardamom and more.

"The trick" they say, is to start with your aromatic larger spices to cook in oil. then begin cooking, and sprinkle in your remaining spices. Every time you add spice, bring the heat back up and let the spices cook through the meal. Don't just drop them in one place and keep going, let all the flavours meld slowly and at the right temperature. (the more you know!) 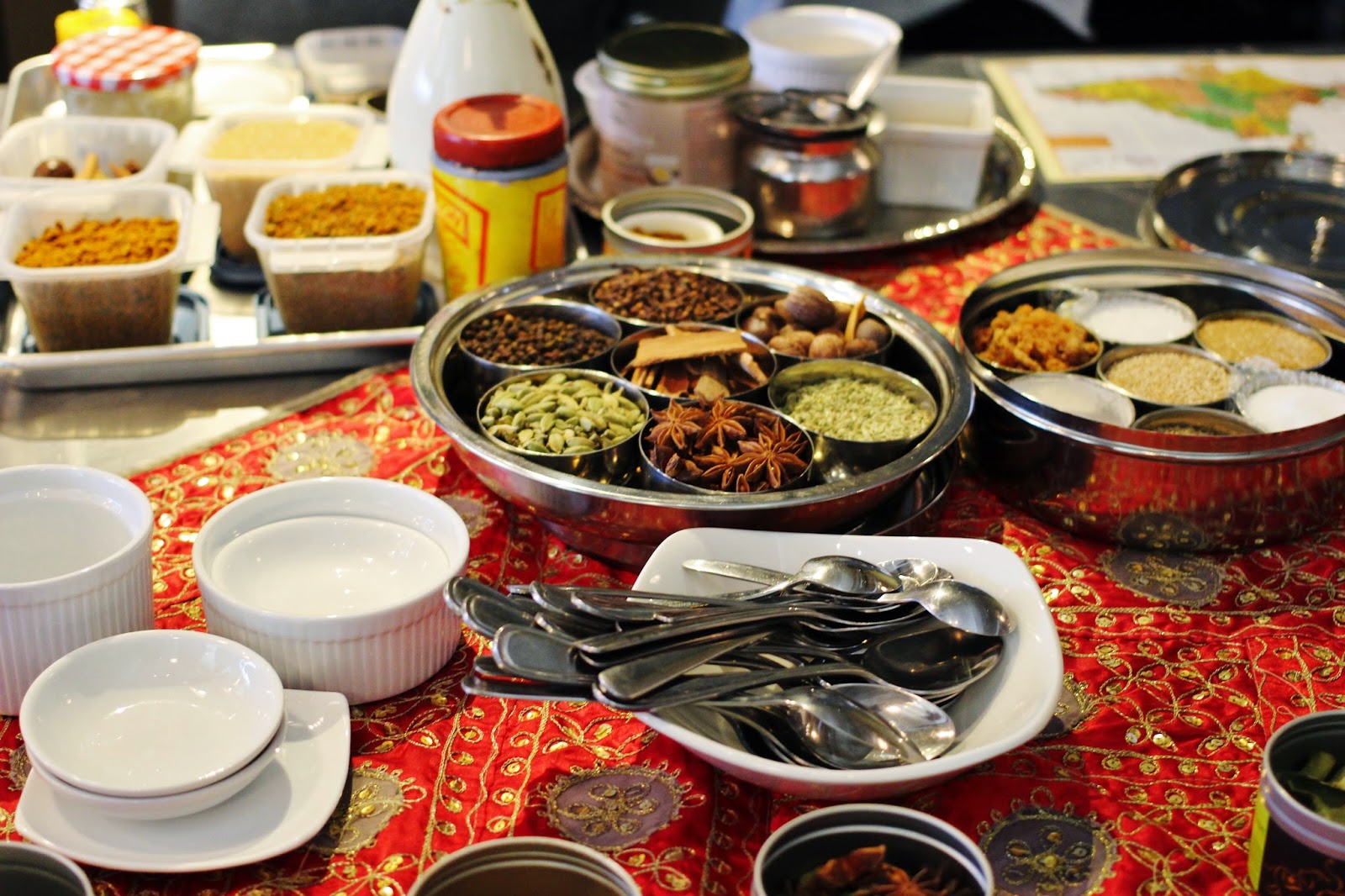 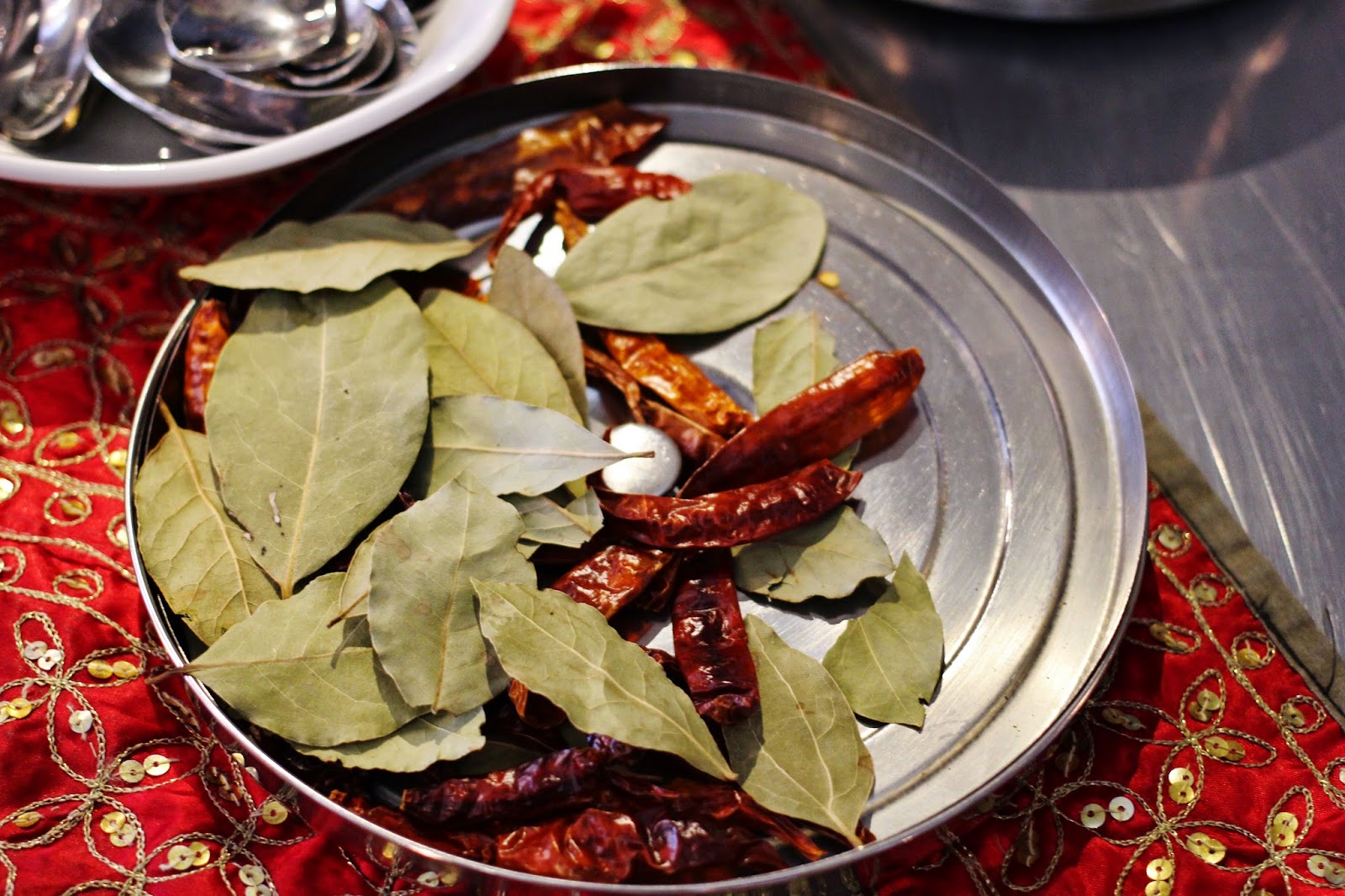 Dad and I were standing right by the spices when we came in, so we got a good chance to taste and smell everything as the demonstration was happening. Arvinda began cooking a cabbage dish with garam masala for us to snack on, while Preena made a large soup pot full of authentic Masala Chai tea for the class to enjoy.

Absolutely divine, and much more of an intricate art than I could ever imagine, I don't know if I'll ever be able to drink a chai latte again... Well maybe, but this was way better. 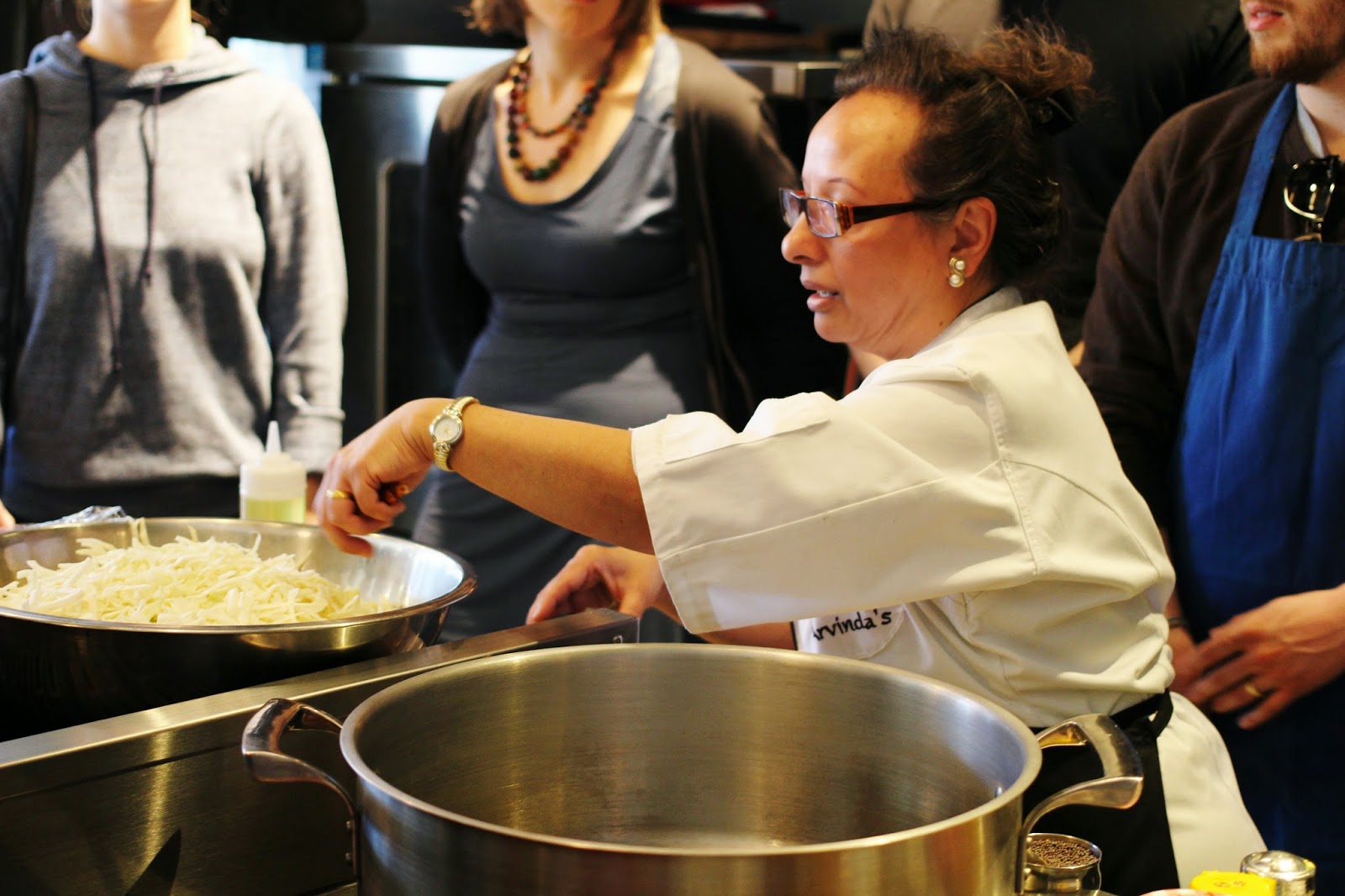 Once we got going, the ladies began asking for volunteers. With about 20 of us in the class, there were always a few helpers ready to step up and stir/add spices... You can probably see where this is going... 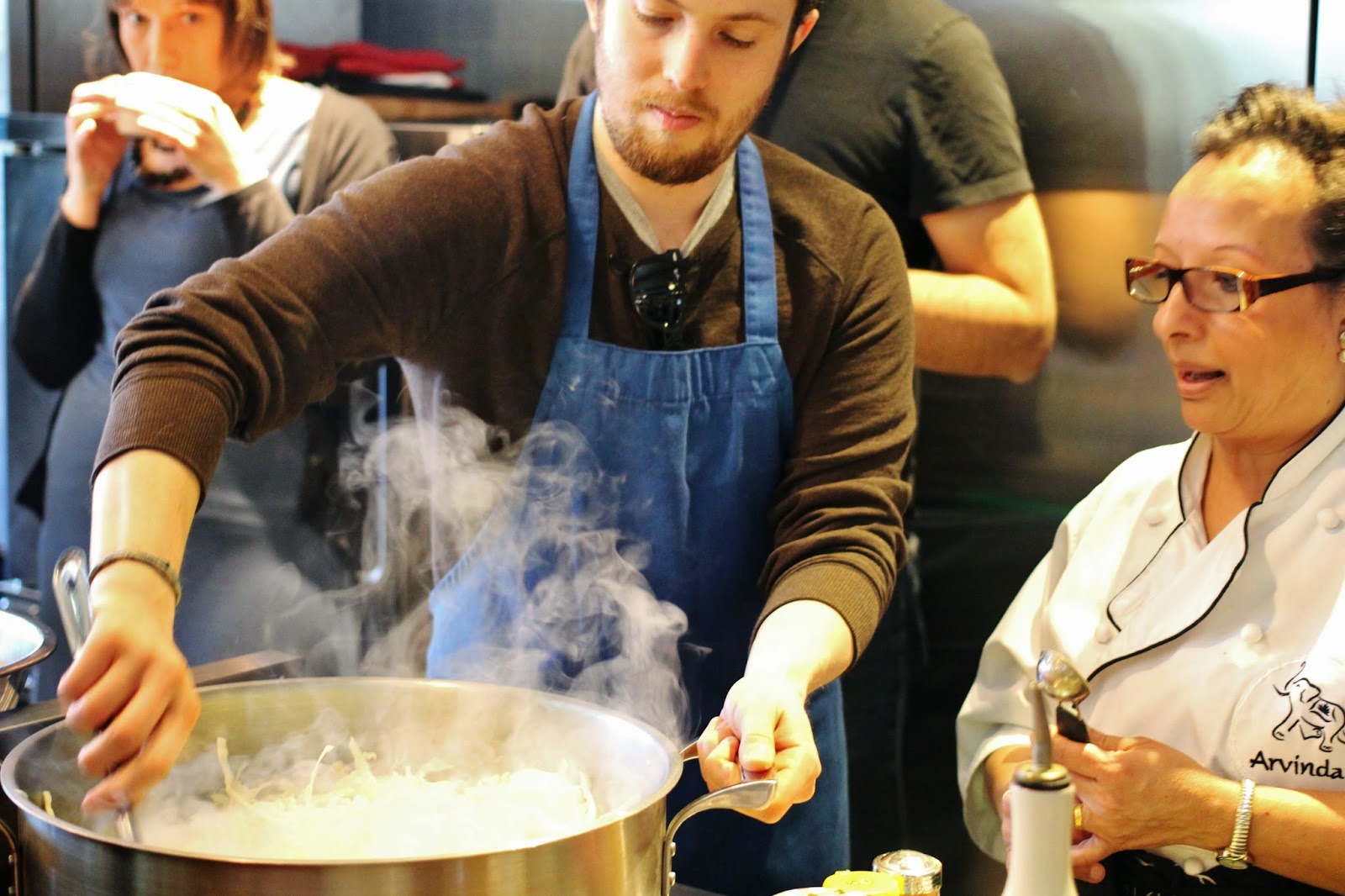 If you didn't guess "Laura you were one of the first to volunteer weren't you?" then you haven't been reading my blog enough!

This was really great. I started off caramelizing onions, which needs to be done really well if you want the right taste and consistency to your curry. I knew this was important but I've been doing it WRONG, so having a professional show me how it's done was great.

Don't just chop your onion. Shred it. When we added it to the pot (with just the tiniest amount of oil) it looked almost like coleslaw. Then stir and stir and stir over a medium heat until it browns (try not to crisp) and almost disappears. The onion seemed to reduce to about 1/4 of it's original volume.

Apparently I was on a roll, Arvinda asked if I wanted to continue and make the Lamb Madras Curry! This is one of my favourites, so again, being able to learn first hand was incredible! 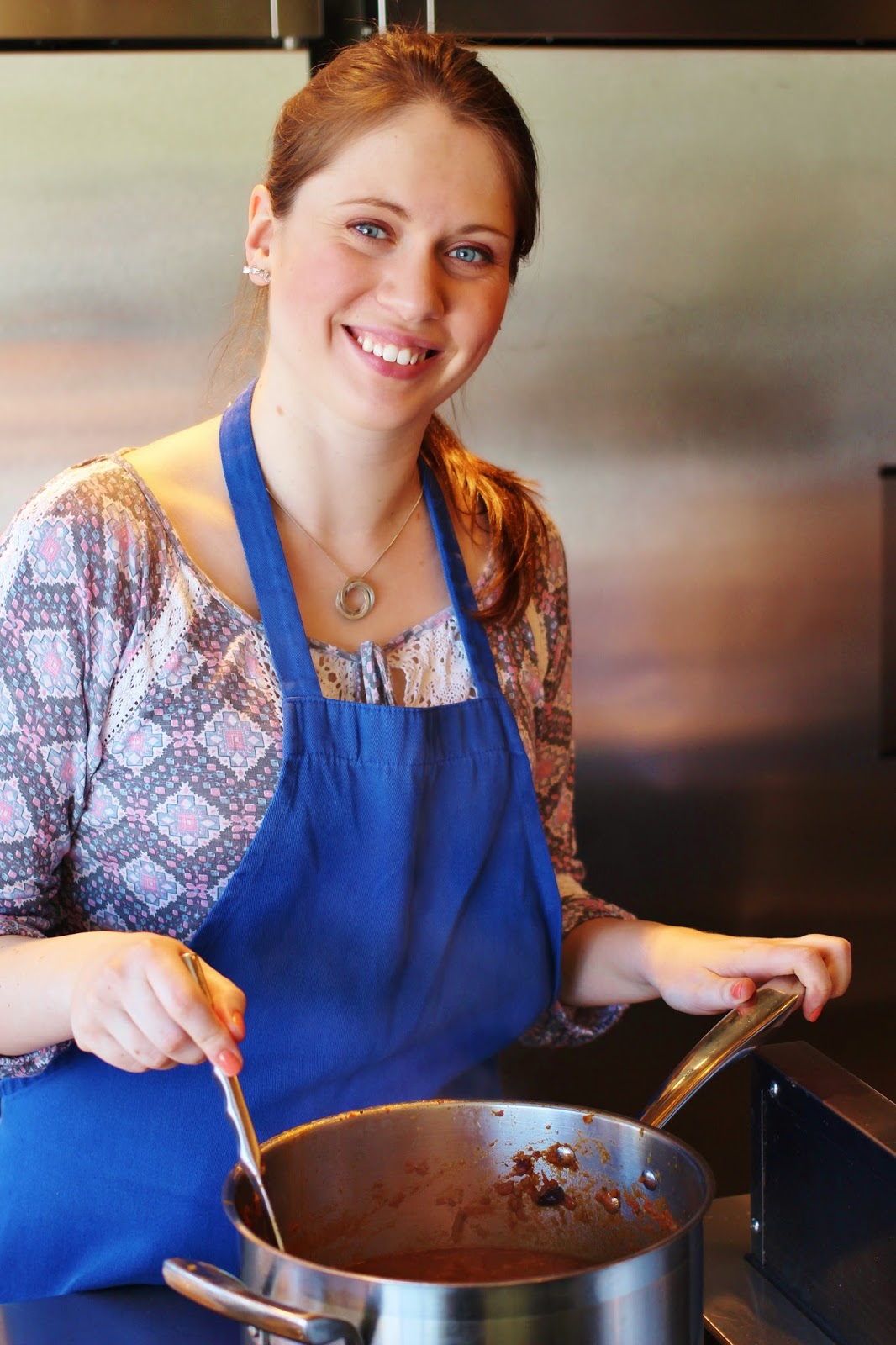 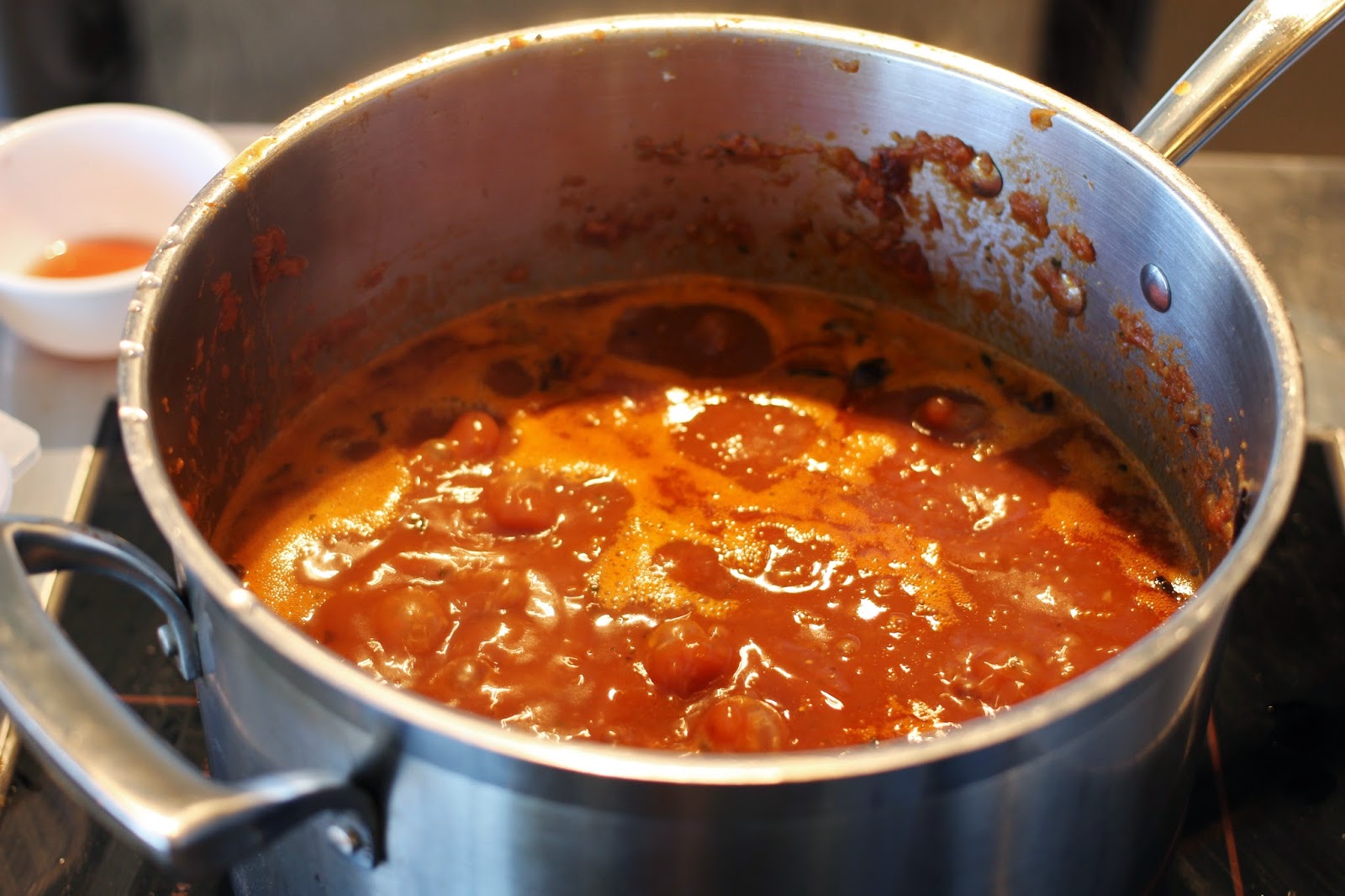 While I was cooking away, dad was busy taking notes over at the Chicken Korma and Chana Masala curry stations. Asking questions at every opportunity. 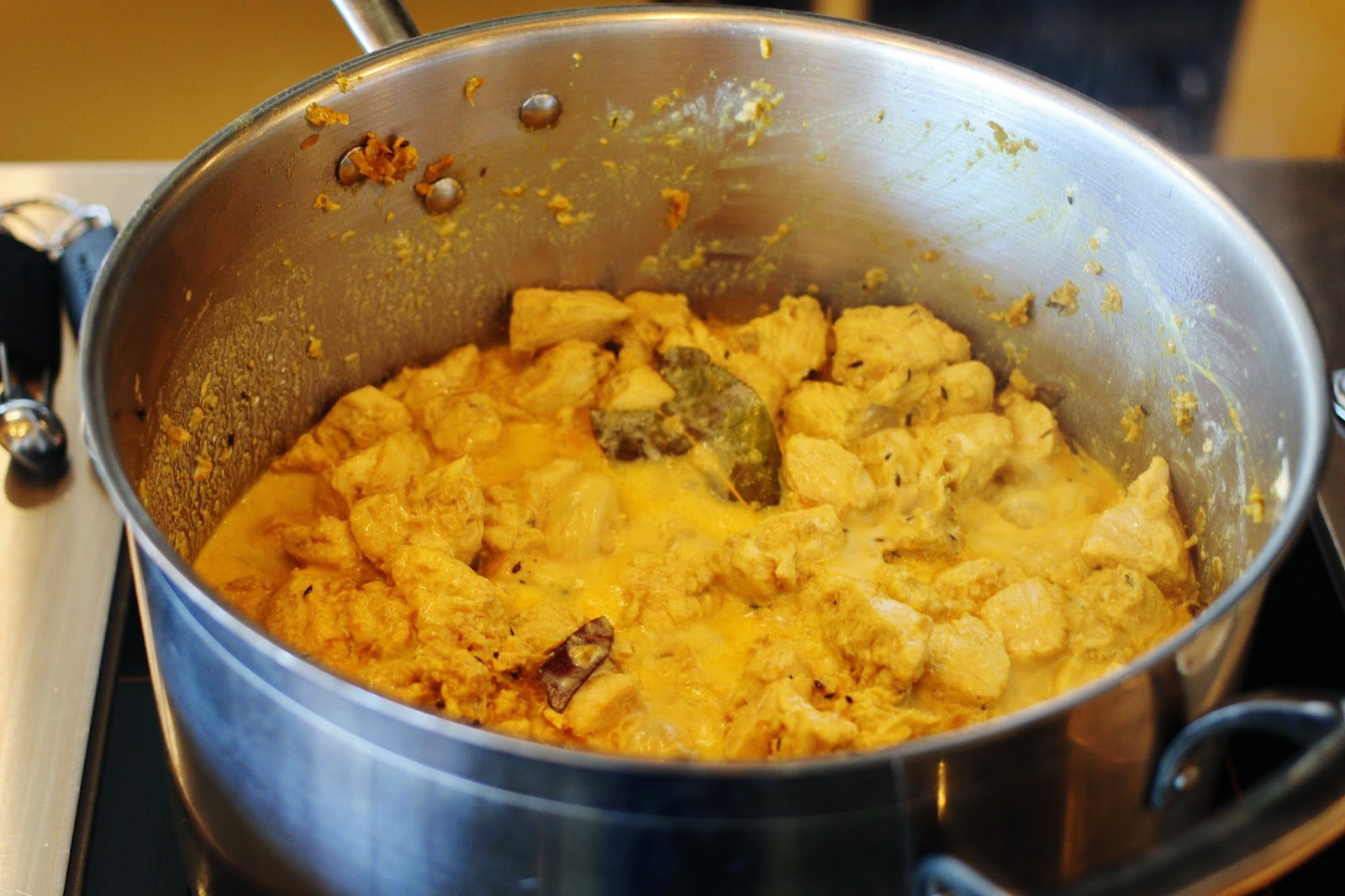 When I booked the class, I actually made sure that we were able to ask questions "freely", my dad has been dying to learn the intricacies of Indian cooking for a while. We knew we had the basics, but we were lacking some of the small details in our prep to get the flavour exactly right.

With the amount of questions we asked and notes he took, photos I took and stirring I did, we may have finally cracked it. 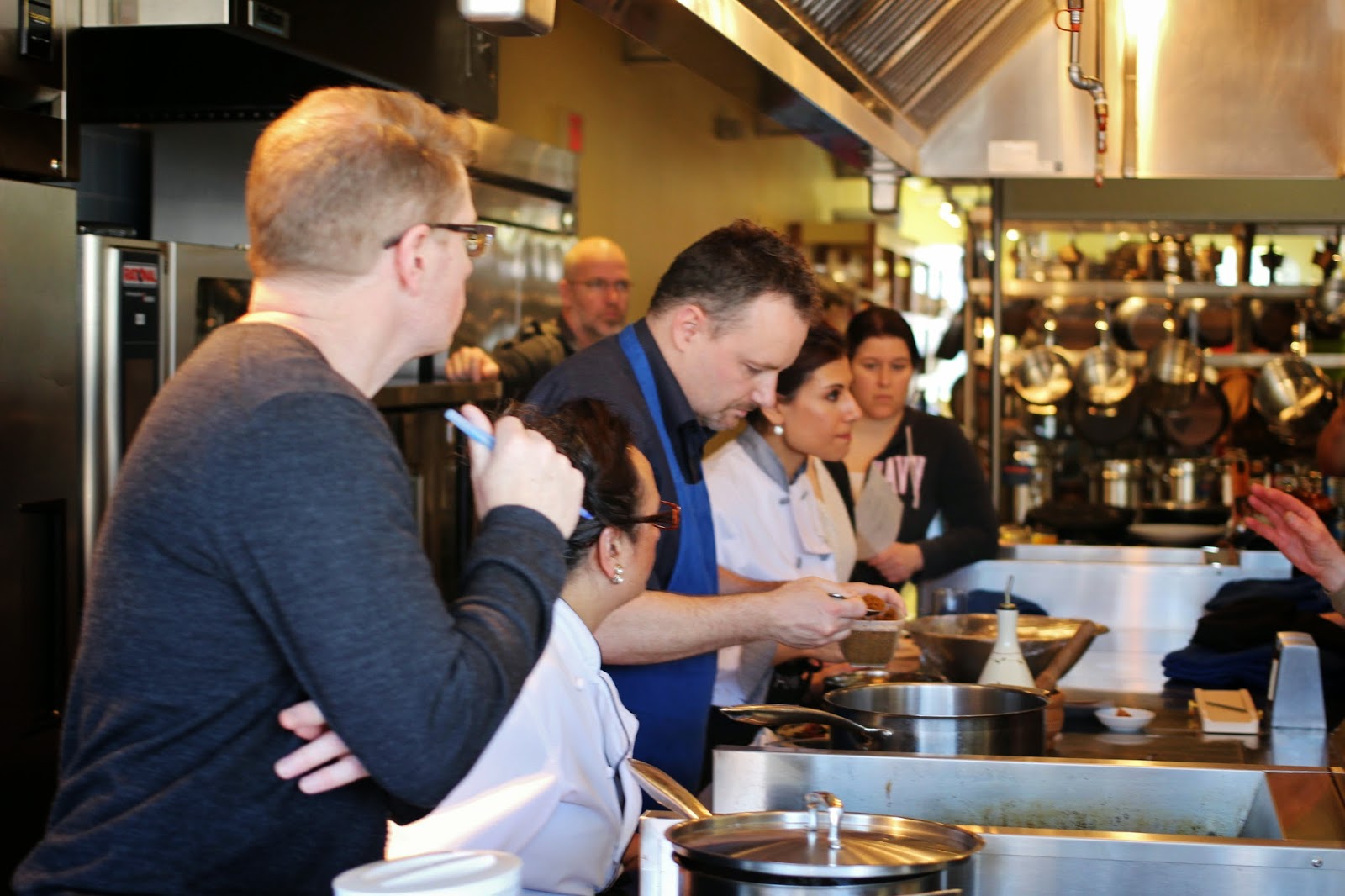 With our three curries done, we were nearly ready to eat. Our meal was served with fresh jeera rice (cumin basmati) and this fabulous drink which was pineapple juice with fresh lime squeezed into the bottom.

This drink was incredibly refreshing.. I think I might spruce it up into a margarita version for summer! 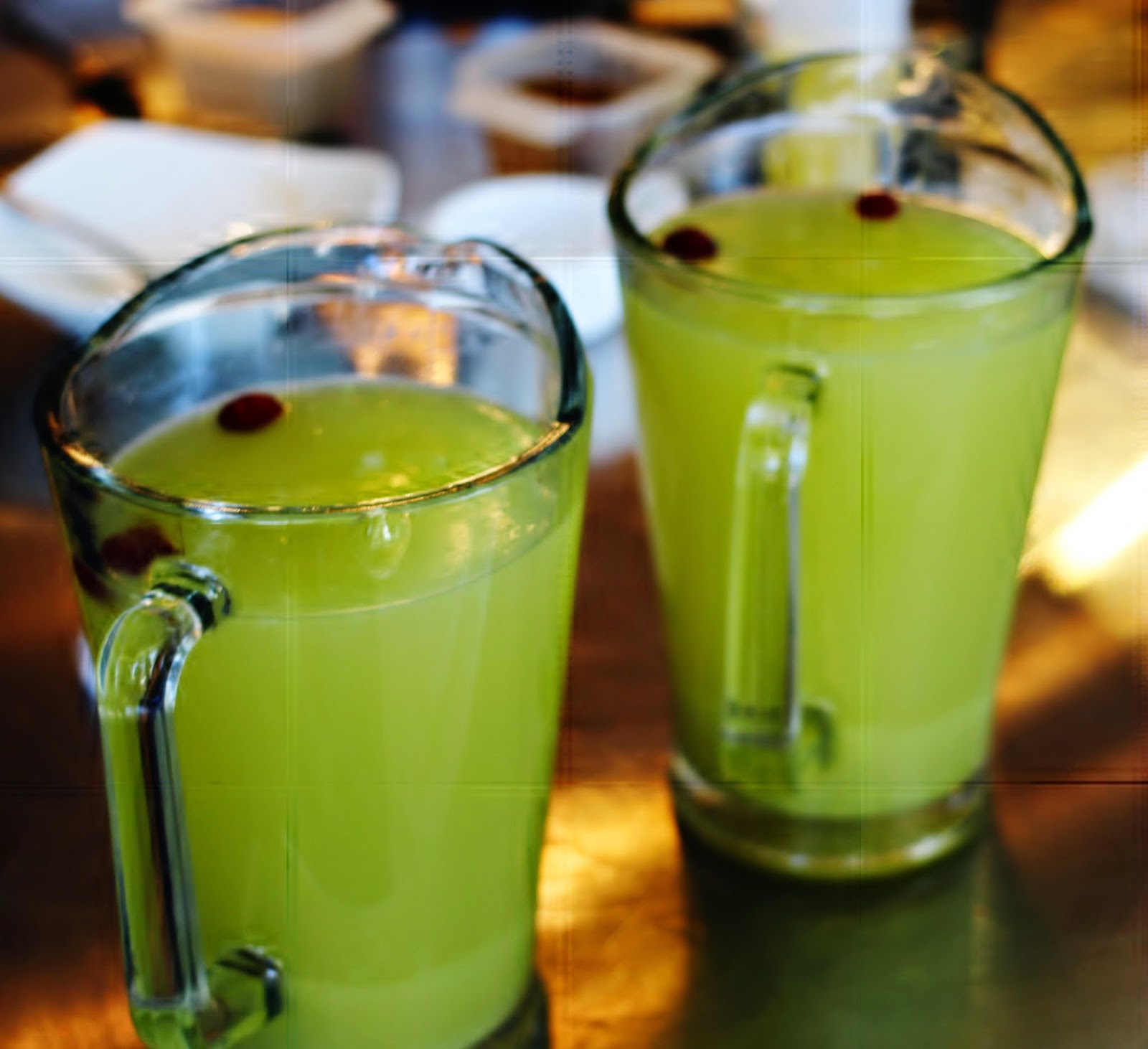 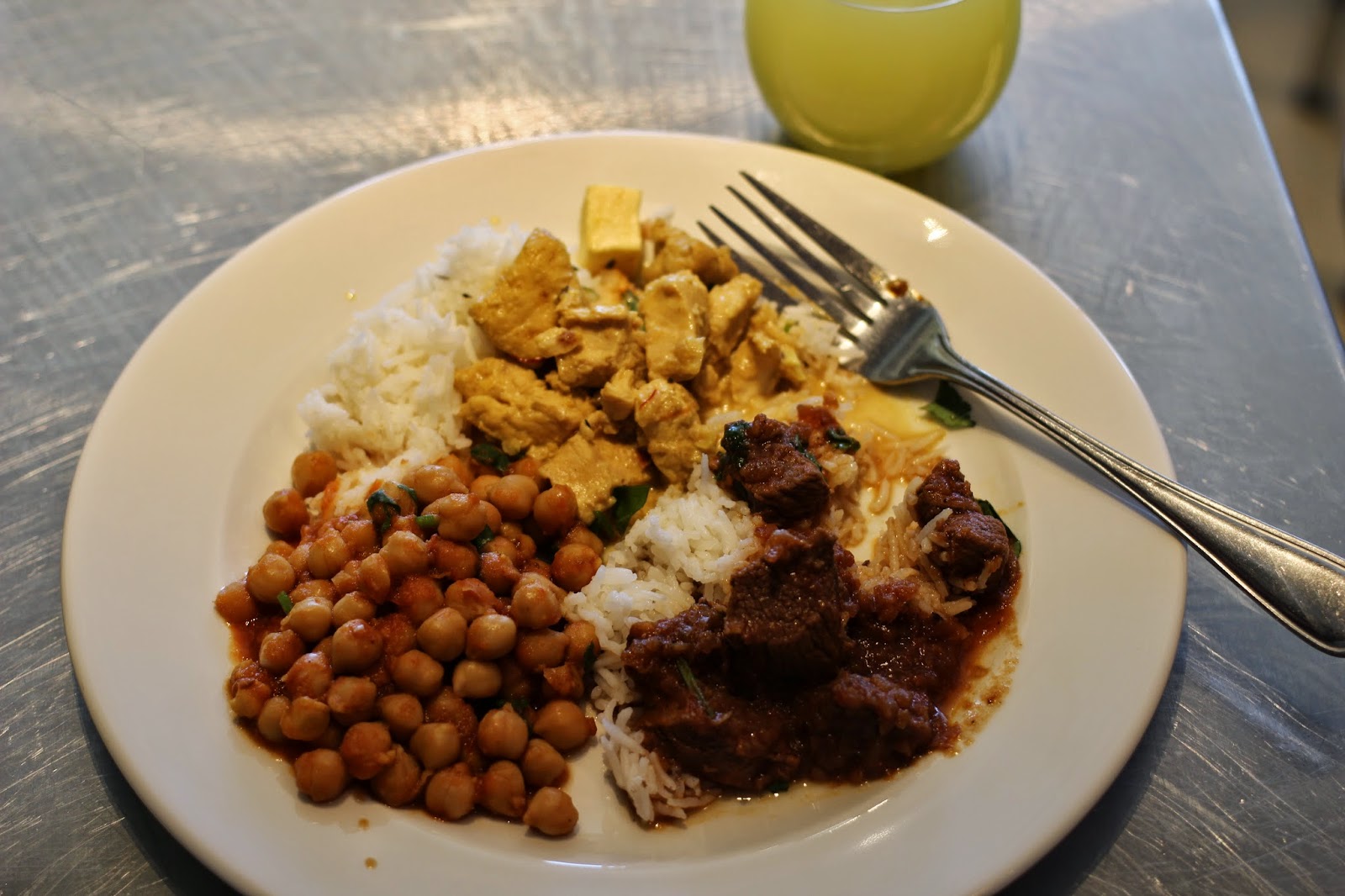 Three hours well spent learning to cook our favourite meals (and eat them too!).

I so rarely get to spend time with just my dad, so not only did we have a lot of fun, but we got some well needed Daddy Daughter time in as well!

Plus, did I mention the delicious food? Here's a picture of my handsome date with his! 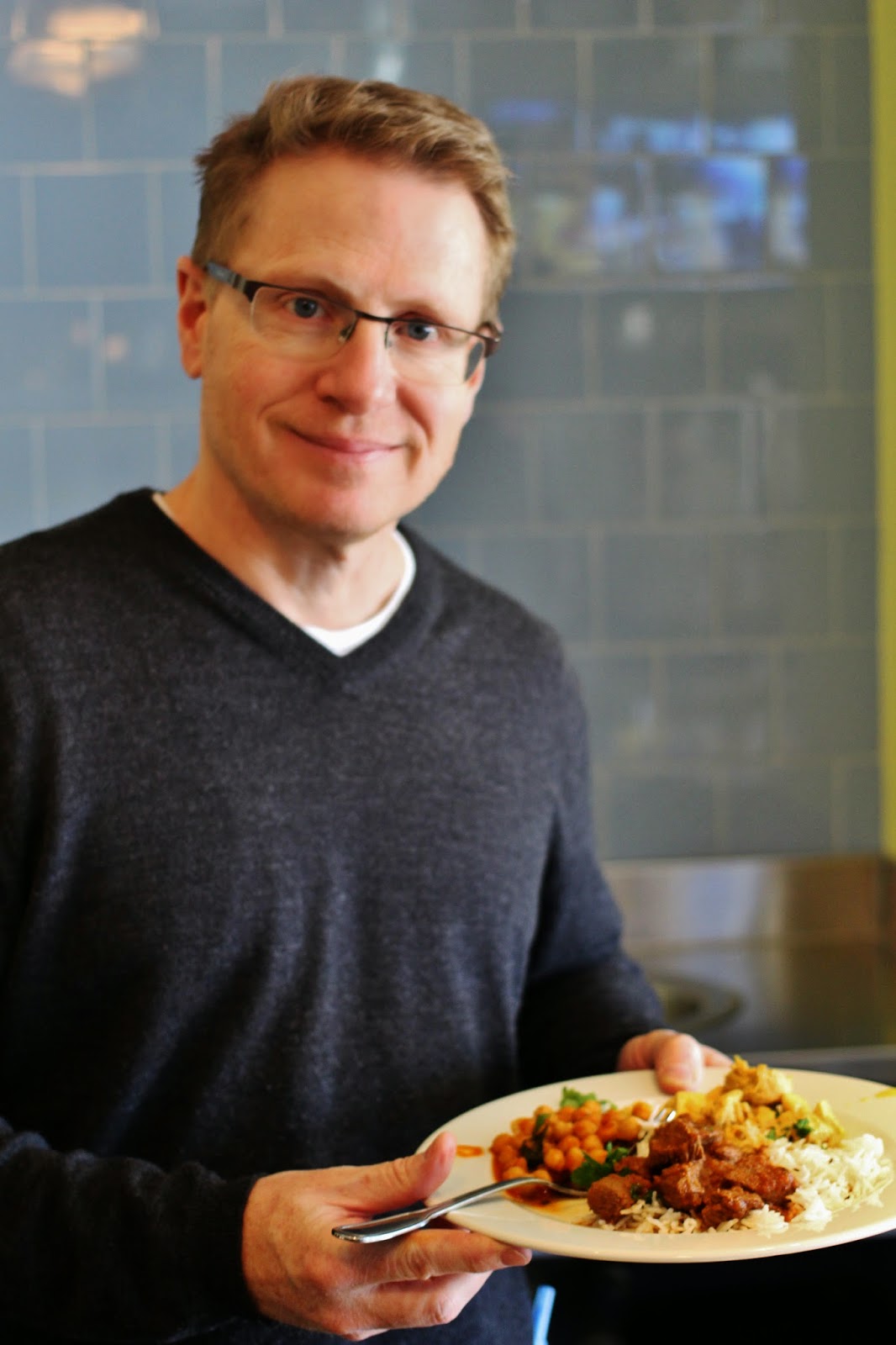 After the class, dad bought us the two main spice mixes (masala) used at the cooking class. Arvinda's children have a whole bunch of fabulous spices and cook books available on their website, but if you can, you should really check out one of their classes! 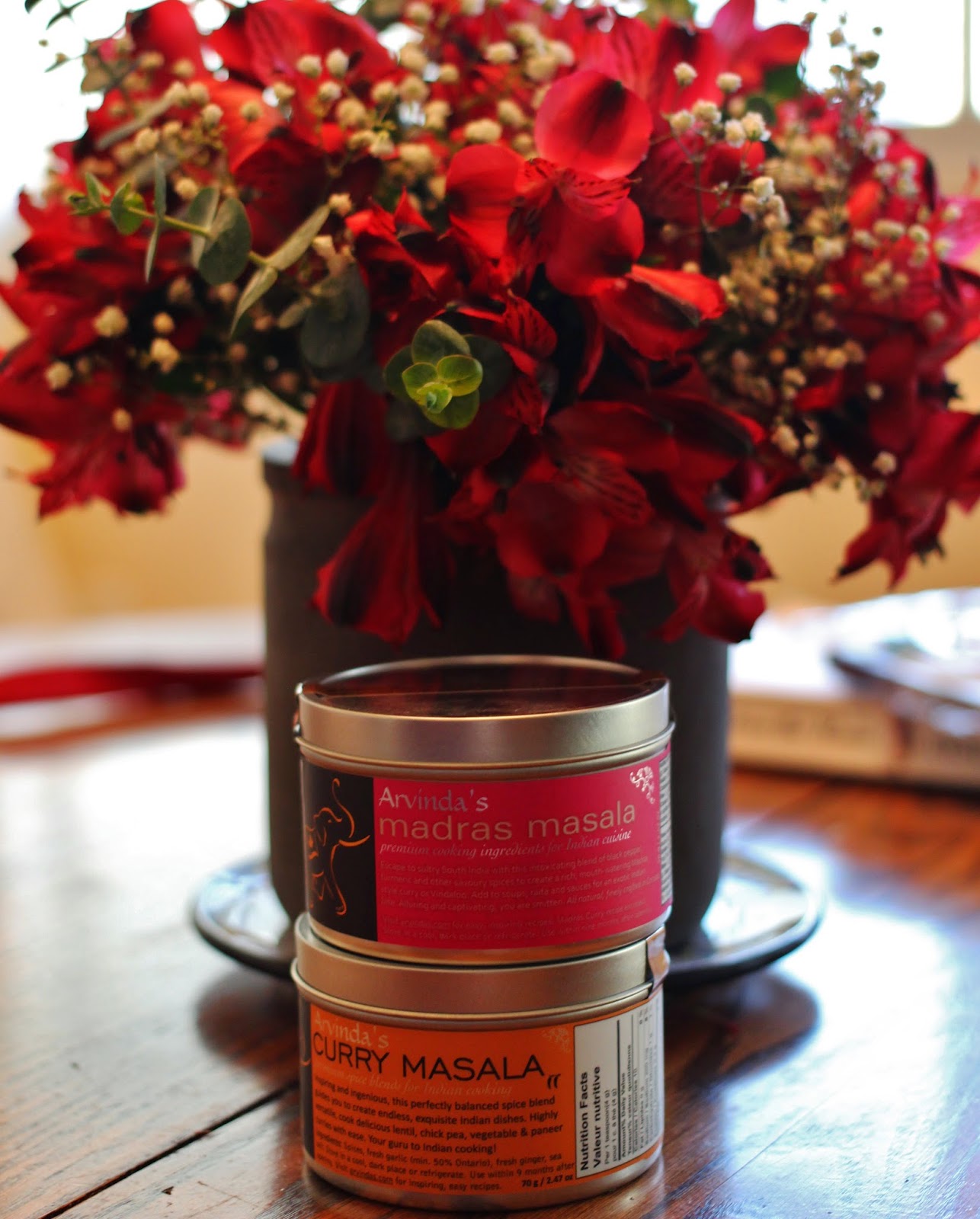 This was my first ever cooking class, but I've caught the bug and want to do more!

Have you ever taken a cooking class? If so, what did you learn? was it hands on? If not, would you like to? Do you live in Toronto and want to have a bloggers-cooking-day... because I'm seriously game! 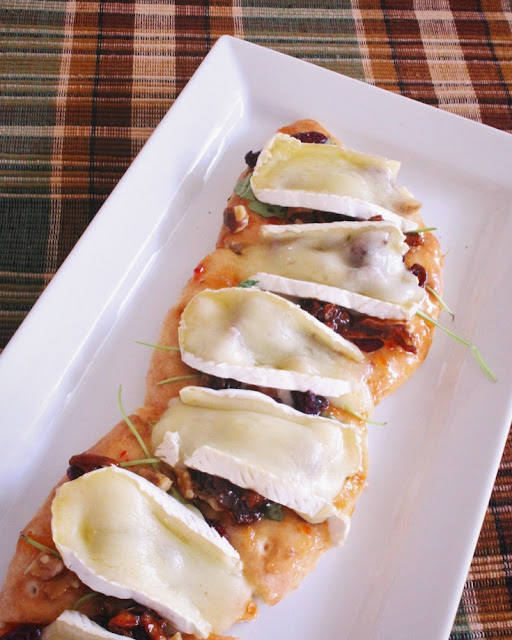 This treat (what my husband likes to call "the ultimate chick food") is an easy to make, handheld appetizer that you can serve up hot, or store in the fridge and eat cold. Either way it's absolutely delicious and I KNOW you'll love it! Because... well it has brie cheese on it... is there anything better than brie cheese? 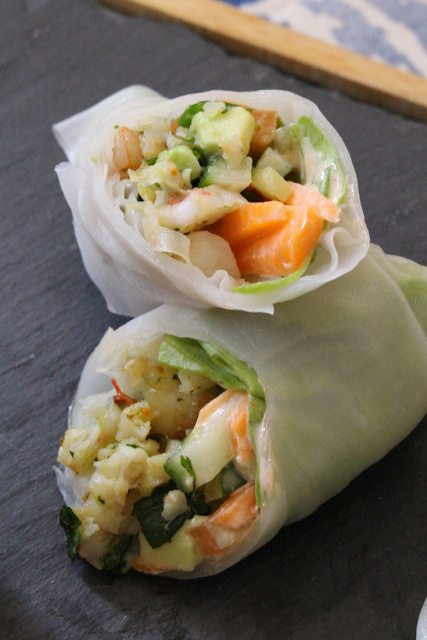 The other night, the idea of turning on my oven or stove to make dinner was unbearable. It's been far too hot to consider heating up my apartment further. So when it came time for dinner, I decided the best thing to do was keep it cool, fresh and light. Enter: Fresh Shrimp Rolls. 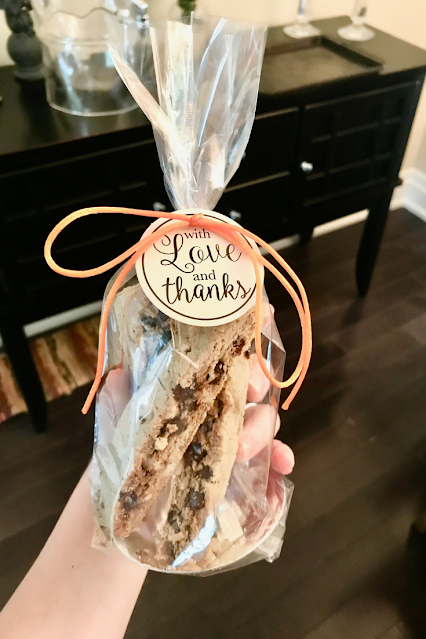 Delicious coffee-based biscotti, with chocolate chips and slivered almonds. Perfect to pair with your morning coffee, or garnishing an ice cream drizzled in a hazelnut or coffee liqueur (seriously.) These cookies freeze well, so make a few batches and keep them on hand for up to 3 months!